Here is a statement that will sound blindingly obvious:

Nearly everything we’re trying to do depends on understanding.

That’s it. Here’s what I mean…

You’d think something so common and important would be a bigger priority for organizations. Imagine if everyone in a company suddenly developed the skill to communicate in a more understandable way. What if every person in every meeting left with a clear understanding of what was discussed and how it connects to results? The positive impact would be enormous. But the cold hard reality is that this need for real understanding is rarely discussed.

I believe this is a common problem and one we never hear about - a crisis of understanding. The question is: why does the need for more understandable communication and better explanations so rarely come up?

There are two big reasons.

1. We Assume That Everyone Understands

First, we (the human race) are terrible at making assumptions about what other people understand. When we know a subject deeply, it seems like common sense to us and we assume others understand it like we do. This is called the Curse of Knowledge and it is one of the major culprits of failed explanations.

When you’re cursed with knowledge (like we all are) and communicating to a group, things can seem great. Your assumption is that everyone is on the same page and understanding is not an issue. But in reality, our assumptions can be wrong and we can't see it because of the curse.

Want an example? Watch the video below about a famous study conducted at Stanford University that demonstrates the problem. 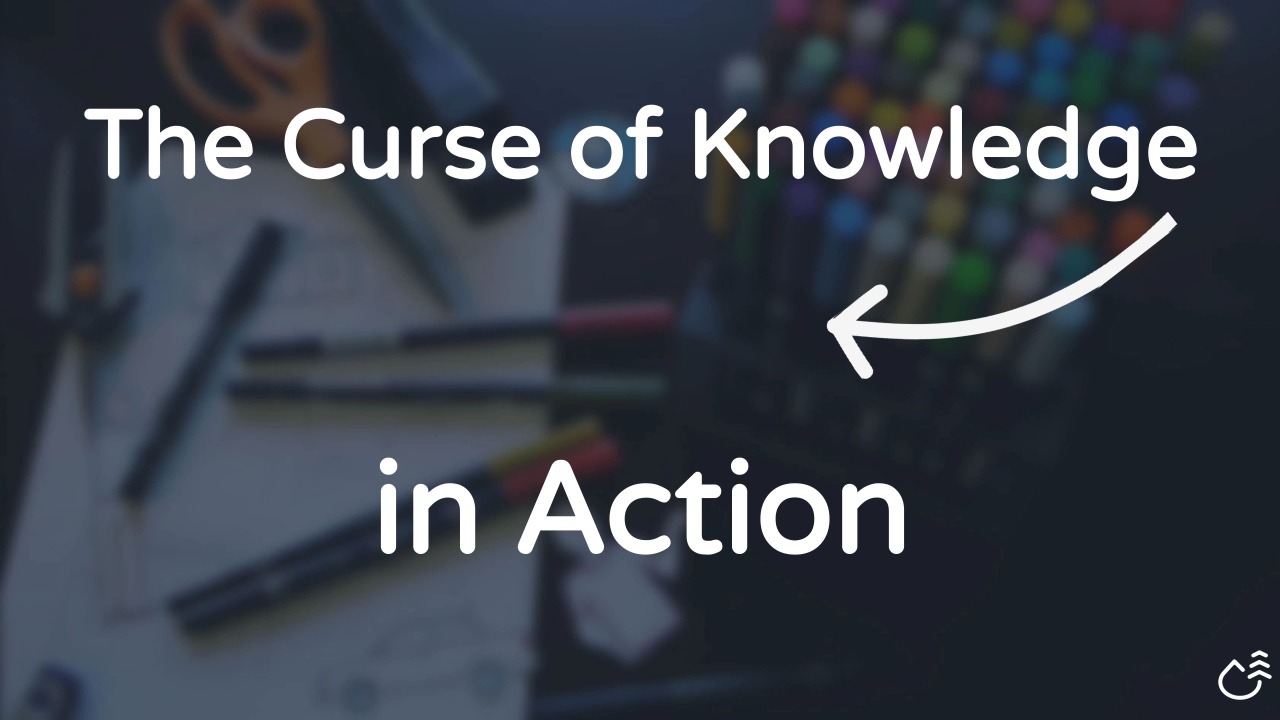 Thanks for reporting a problem. We'll attach technical data about this session to help us figure out the issue. Which of these best describes the problem?

Any other details or context?

So, on one side, we have communicators and explainers who are assuming everything is fine - there's no obvious need for better explanations. That is, until someone speaks up, and that brings us to the second factor.

2. There is No Negative Feedback

In order for a lack of understanding to become an issue for a team or organization, it must be noticed. Unfortunately, in most cases, it remains hidden from view. Why? Because it’s difficult for someone in a meeting to raise their hand and admit “I don’t understand”.

Doing so is potentially embarrassing. It slows down the meeting and provides evidence that the person wasn’t listening or isn’t smart enough to get it. Given these perceptions, we often choose to fail silently and try to figure it out later, or not at all. I’ve been there, haven’t you?

Now we have the other side of the equation, where people would rather be quiet than admit they don’t understand.

These two factors work together. We have communicators who are assuming they are being understood and audiences who are failing silently. It’s a vicious circle that produces no obvious evidence of a problem until it’s too late.

The organization could be filled with people who lack understanding of essential ideas and no one would realize it until something goes wrong. Only then would we look back and say “This could have been prevented if only more people truly understood the problem we were trying to solve.”

The crisis of understanding is invisible, but it doesn’t have to be. These vital communication skills can be learned and developed. Company leaders can lead by example and not only focus on clear communication, but encourage employees to speak up when they don’t understand and work to foster a culture where it’s okay to admit it. This problem has a solution and the first step is recognizing it exists.

Now, consider my blindingly obvious statement from above. Everything we are trying to do depends on understanding. I hope you'll ask yourself:

If we take the time think about it, we might become convinced this is a problem for almost every team that’s been invisible for too long.

Are you ready to learn the secrets of explanation excellence? Check out the Explanation Master Course.

From time-to-time, we use our blog to share relevant ideas, interviews, quotes, videos, and more.